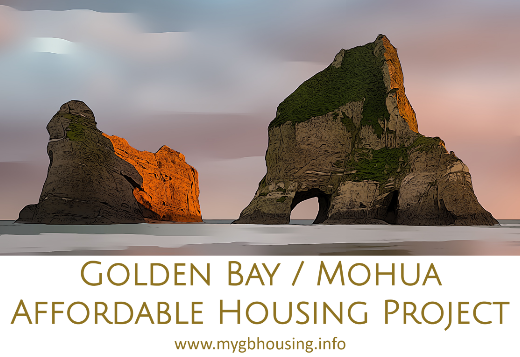 What is the Golden Bay/Mohua Affordable Housing Project

The core team working on the Golden Bay/Mohua Affordable Housing Project is shown below:

We all work part-time on the project. This is Chris' retirement project after leaving the World Bank so he works pro bono for the project.

We also have a much larger team through the various firms supporting our project. They are listed here.

The project is governed by the Mohua Affordable Housing Trust (NZBN: 9429049136609) with the governance structure as shown below. The trust is currently under review by the Charities Commission to confirm the charitable status. The current trustees are Christopher Bennett, David Tinkler, Susan Ayton and Wouter De Maat.  If you would like to contact the trustees their email is: trust[at]mygbhousing.info. 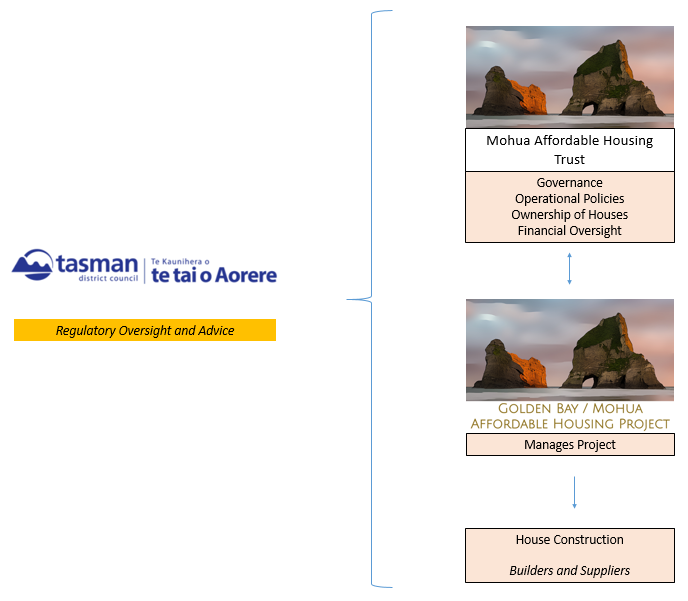 Some Background to the Project

The project came about because of a presentation Chris Bennett did to the Golden Bay branch of the 'University of the Third Age' (U3A) in October 2020 on his work at the World Bank.

One of his projects was reconstructing houses after the Category 5 Cyclone Ian hit Tonga's Ha'apai island group. The photo below is of Chris in 2015 outside one of the houses that were being built.  After showing this photo someone from the audience (Frank) asked a question to the effect 'if your project could build some 400 houses in Tonga after a cyclone why couldn't you help with Golden Bay's housing crisis'? 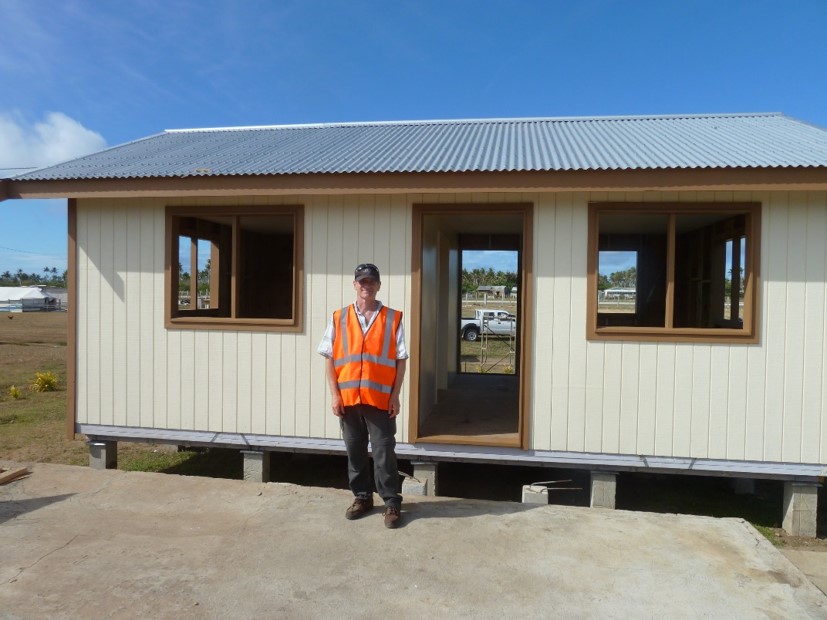 He wasn't aware of it, but there were parallels which made the Tonga project quite relevant: challenges around access to land. While there is a lot of land in Golden Bay, very little of it is available for housing.

Under the Tongan constitution, only men can own land, and land is only inherited patrilineally and primogeniture--i.e. the male lineage. Coupled with one-third of the land in Tonga being owned by the King, and another third nobles, women are very vulnerable (see this article for a description on this). Many of the beneficiaries who would be receiving houses were widows or single mothers, so there was a risk that this vulnerability would be exploited and they would potentially lose the houses they were being suppplied under the project.

When this situation was encountered in the earlier Cyclone Waka project, the project leader--Bill Paterson (Chris' mentor since university days!)--introduced the concept of 'occupancy licenses'. This meant that the land-owner still held the land, but that the person receiving the home had the right to occupy that land with their house for the economic life of the building. That approach was used for the Cyclone Ian project, although after Chris left the project there were some complications (but that is another story!).

So Chris started looking at whether or not this model of separating land ownership from home ownership would work in Golden Bay.  It most definitely could, which led to the Concept Proposal some six weeks later ...

Advice and feedback on the Concept Proposal were received from: